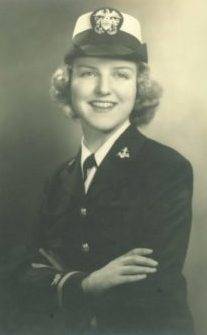 Women Who Served
During both World War I and II, women across the country were eager to do their part to help the war efforts. During World War I, Dr. Alice Barlow Brown went above and beyond women’s expected call of duty when she volunteered to go abroad into the warzone with the Red Cross. Two decades later, Sallie Van Arsdale showed the same determination when she joined the Women’s Branch of the Navy Reserve. Learn more about these extraordinary women and the sacrifices they made during times of war. Click HERE! 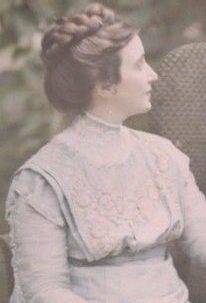 Fighting for Women’s Rights:
Lola Maverick Lloyd
Lola Maverick Lloyd was an influential activist and pacifist who dedicated much of her life to supporting women’s rights and advocating for peaceful solutions to international conflicts. Read more about this trailblazing woman and how her legacy lives on over a century after the passage of the 19th Amendment. Learn MORE!

Photo Gallery: Notable Winnetka Women
Winnetka has been home to many notable women. From Carrie Burr Prouty, who spearheaded efforts to establish a temporary hospital for influenza patients during the 1918 epidemic, to Zeruah Patterson, one of Winnetka’s first resident, as well as Joan Evanich, who championed the move of the Schmidt-Burnham Log House to Crow Island Woods.  Several Winnetka women have made their mark on the Village’s history. Scroll through the gallery to learn more about these extraordinary women and the work they’ve done to make Winnetka the beloved Village we know today. Look HERE!